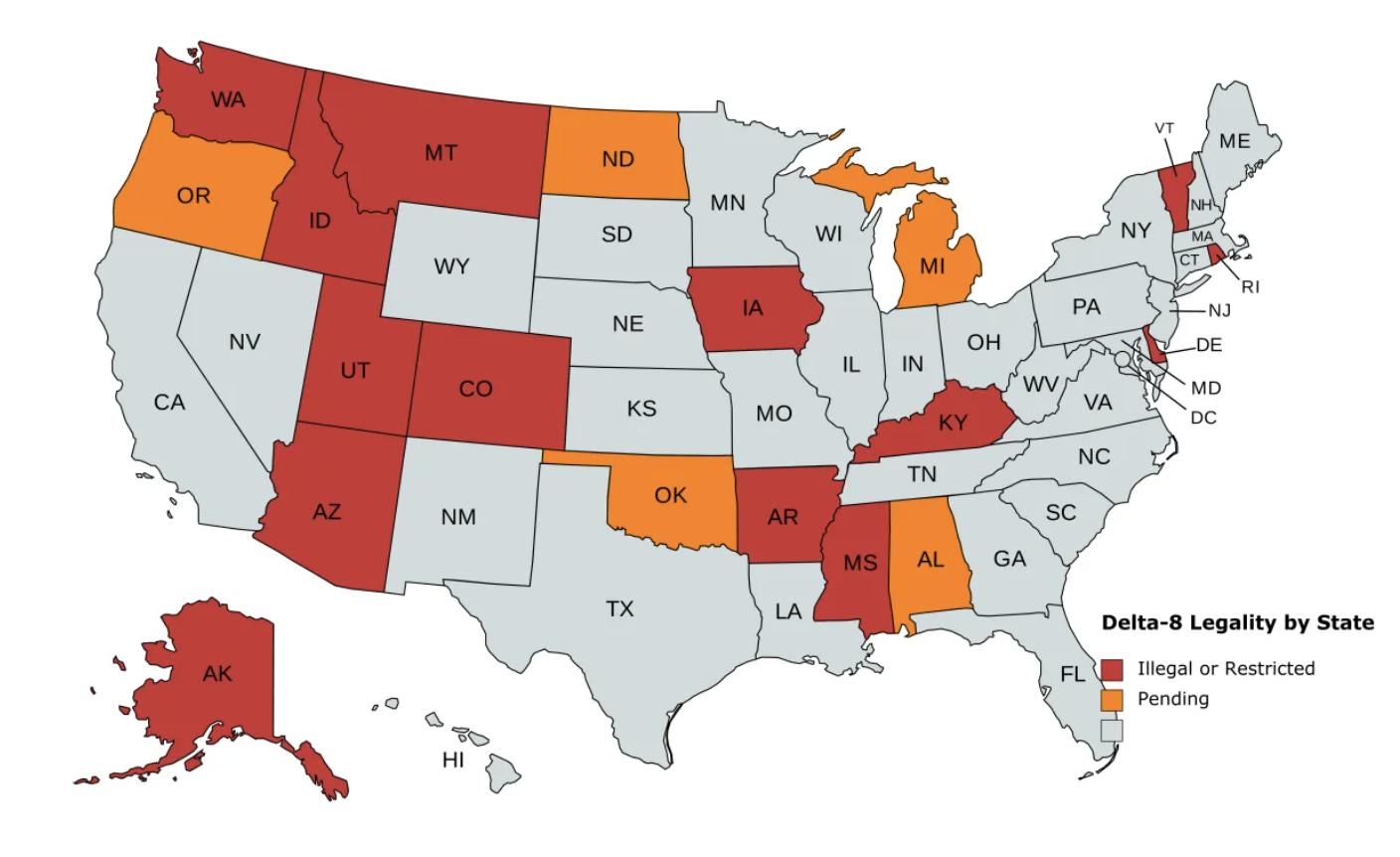 Compliance May 04
By sws 0 Comments

Delta 8 showed up fresh on the scene!

Delta-8 has become a new commodity quickly, and with that rising popularity comes a new scope of scrutiny. Greenway has created a map highlighting the states that Delta-8 is currently banned in, as well as states exploring bans at this time.

Delta-8 is derived from hemp as legalized in the 2018 Farm Bill, and as such is not prohibited under federal law. But the intoxicating and psychoactive side effects of Delta-8 have drawn the ire of many regulating bodies and legislators.

However, it’s also important to note that Leafly recently reported, “Andrea Golan, an associate attorney of Vicente Sederberg points out that the Federal Analogue Act—passed in 1986 and meant to combat synthetically-made “designer drugs”—holds that any drugs that are similar in chemical structure, and that have a similar (actual or intended) effect similar or greater to a that of a controlled substance, and are intended for human consumption, must be treated as a Schedule I or Schedule II controlled substance.”

Delta 8 is banned in some states.

Legislative bans and regulatory clarifications are currently being considered in other states including Alabama, Michigan, North Dakota, Oklahoma, and Oregon.

“We are looking at the Delta-8-THC issue, as it’s commonly known, looking at issues of intoxicating products that don’t currently fall within the definition of marijuana, within the statutes of Michigan and ensuring that products that may have intoxicating effects are subject to the same safety requirements and the same oversight as Delta-9-THC products,” Michigan Marijuana Regulatory Agency Director Andrew Brisbo said during a quarterly public report in late March as reported by GrownIn.