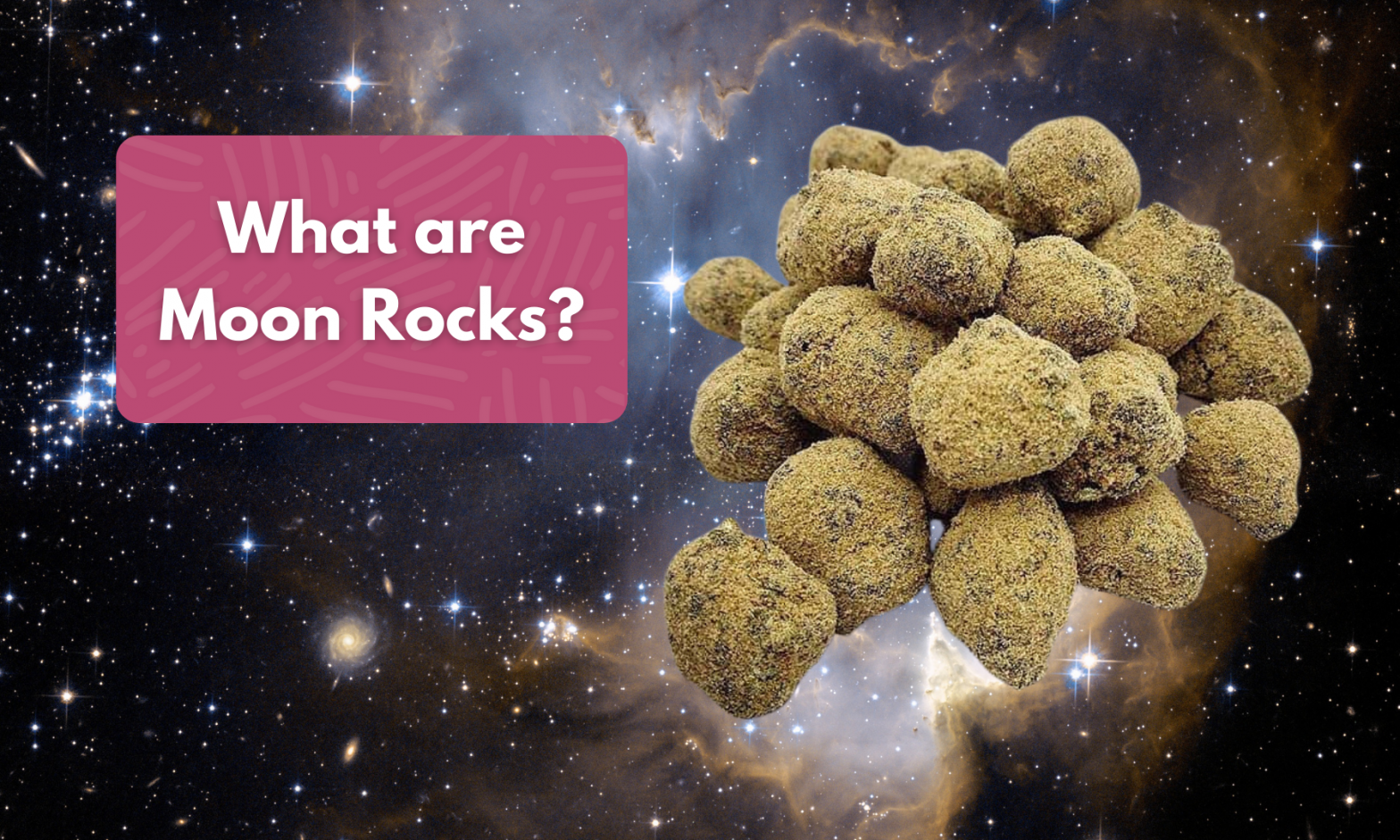 Moon rocks are essentially the “champagne” of the cannabis world.

Some people even call them cannabis caviar. They’re made up of different products that are all rolled into one very potent nug and smoked. They became a thing when West Coast rapper Kurupt brought it to people’s attention and eventually trademarked his own brand of moon rocks. As for the name, they do look like moon rocks. But their ability to send even the most seasoned cannabis consumer flying extra high might have something to do with it, too.

How are they made?

Moon rocks are made by taking a nugget of marijuana and dipping it in or spraying it with concentrate, distillate, or hash oil. They’re usually made with Girl Scout Cookies (the weed strain, not Thin Mints) flower and concentrate, but can be made with any strain. The coated nugget is then rolled in kief. Kief, also called pollen or dry sift, is the sticky crystals that cover the cannabis flower. This crystal residue contains terpenes and cannabinoids.

How strong are Moon Rocks?

Though the potency of each batch of Moon Rocks varies and depends on how it’s made/who produces it, the general consensus is that they hover around 50% THC (most flower by itself averages around 20% THC). Hitting Moon Rocks produces an extremely pleasant, terpene-rich taste of kief that makes you say, “Wowww, that’s delicious.” The smoke clouds produced are super big and full, so each hit is damn near its own experience.

And the high? Oh buddy, oh pal, don’t even get me started on the high. Starting in the head, and eventually spreading throughout the entire body down to your toes, a Moon Rocks high is one of those slow burns that you definitely feel at first, but 30 minutes later, you realize that you have reached a mountaintop that you may not have been ready to climb.

How are they consumed?

You can smoke moon rocks like you would any other nug, by breaking it up into a joint, bowl, vape, or pipe. Keeping it lit isn’t easy, and it’s also super dense and greasy, so glassware like a bong or pipe is the preferred way.

What are the effects?

Moon rocks are potent. People who’ve indulged describe big, full, fragrant smoke clouds and a rich and pleasant taste of kief. THC is the primary psychoactive ingredient in cannabis and is mainly responsible for producing the “high.” Given that moon rocks contain considerably higher levels of THC, the effects are more pronounced than what you experience from run-of-the-mill cannabis products. The severity of the effects depends on a few things, including the strain used and your tolerance. Someone who’s not used to high THC cannabis tends to have more intense effects. Using large amounts also increases the intensity of the effects.

Here are some of the common effects of moon rocks:

Moon rocks are pretty strong, to say the least. If you’re going to give them a try, it’s important to consider some things. These potent nuggets are sure to mess with your brain and energy levels, which can make getting things done impossible. It’s best to clear your schedule or do it when you’ve got a big chunk of free time.

Here are some general safety tips for using moon rocks:

Cannabis moon rocks are particularly potent, even for a seasoned cannabis user. You’ll definitely want to proceed with caution, especially if you’re new to the whole cannabis thing. If you live in a state that’s legalized cannabis (in some form or fashion), visit a dispensary or shop and talk to a trained staff member. They can tell you more about the moon rocks they carry and how strong they are.

Find us on twitter and tell us your moon rock experience! 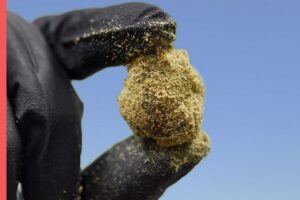