The History of the nation’s greenest holiday (sorry, Earth Day), is somewhat of a debate. Some believe the term “420” was coined by police, using the code as an identifier for any weed-related crimes.

As the History channel‘s blog points out, 420 started in just a single California highschool back in the early 1970’s.

So was the term really created by a bunch of teenage stoners? Or were the police playing an ironic role in naming this sacred holiday?

While many still believe the term 420 is either related to a police code for a weed crime or some bizarre chemical code for THC, the history of 4/20 is actually a giant joke that snowballed into our nation’s most beloved holiday.

It all started back in the early 1970’s, a group of friends started hanging out and smoking weed together at a very particular time – 4:20pm. The San Rafael High School teens were all athletes, and since practice ended at 4:00, 4:20 was about the time everyone could come together after swapping football pads for a bag of kush.

The students, nicknamed the Waldos, learned about a U.S. Coast Guard member who planted a cannabis plant and could no longer feed and water the plant. Their military friend allegedly left behind a treasure map of sorts, which vaguely outlined where this magic plant was located.

At least once a week the Waldo’s would come together at, you guessed it, 4:20pm, smoke some pot, and go on a quest for a giant stalk of free herb. The group, and eventually the whole school,

So, how did a group of California stoners create a term that would reverberate through time?

Apparently, several of the Waldo’s had direct access to the band, with one of the teen’s father managing the bassist and another father of one of the Waldo’s managing the sideband. Sooner or later, the term 420 began making its way through the Grateful Dead’s backstage creative writing sessions, and thus the term began gaining popularity.

From references in Hollywood, to the University campuses of UC Boulder, 420 has become a mainstay in pop-culture.

Did you know the truth of 420’s origins? Drop us a line on social media and let us know what you thought 420 really meant! 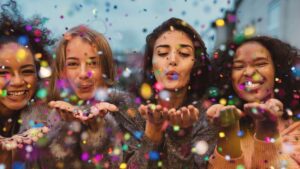 By Chad Frey 0 Comments
Compliance May 13

Is Delta 8 THC Legal in Nebraska?